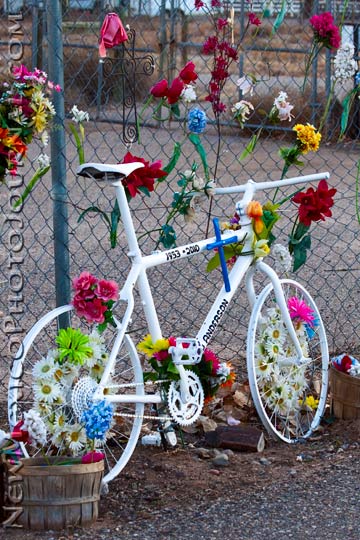 There are many, many New Mexican characteristics I love — including descansos — but a sometimes cavalier attitude toward the lives of cyclists is not one of them. The rider this bike represents was killed while riding on a designated bike/multi-use trail about a year ago. It was over four months after the accident that the driver — whose car jumped three lanes, an embankment, and a fence to end up on the bike trail — finally was charged in his death.