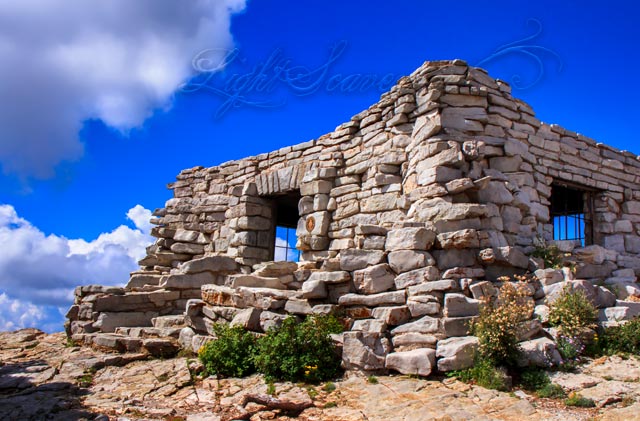 Kiwanis Cabin is one of several stone cabins in the Sandias that were built in the 1930s by the Civilian Conservation Corps (CCC). The CCC also built — with the use of dynamite in many areas — the La Luz trail. According to the Sandia Ranger District, “[t]he CCC was the greatest-ever conservation effort in American history.” I agree, and am grateful for their considerable efforts in the Sandia foothills and mountains.