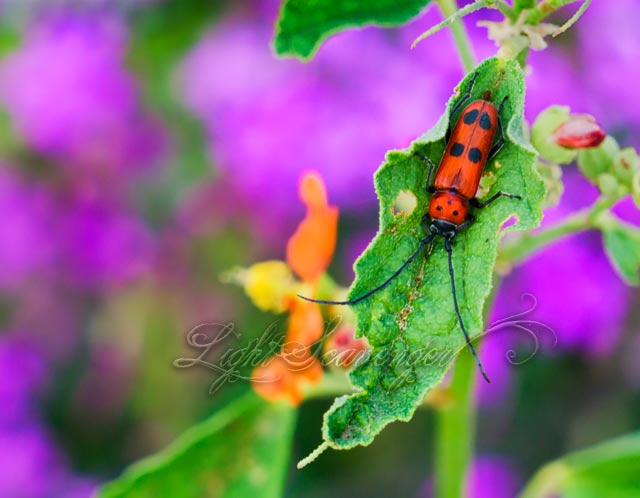 It’s one of the loveliest late summers ever. After an incredibly dry winter, spring, and early summer, we’ve had tons of rain over the last 6 or 7 weeks — which was sorely needed. We’ve had a break from the heat too, and the Sandia foothills are now filled with blooming wildflowers; globemallow (orange) and verbena (pink/purple) in this photo. The beetle, which complements the globemallow perfectly, might be called a milkweed beetle. I won’t swear to that, and you probably shouldn’t either.