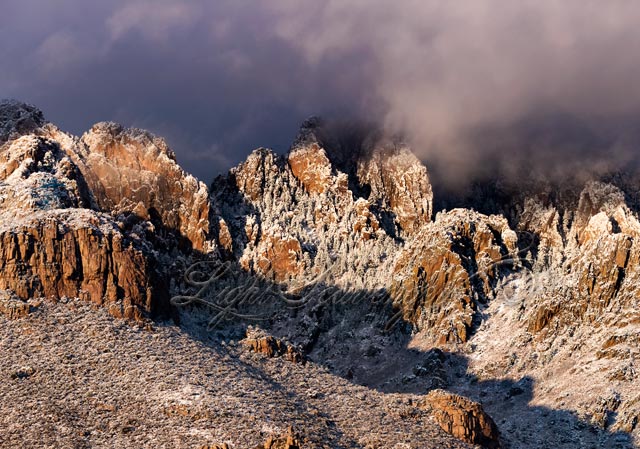 Summer often gently fades into fall, and fall into winter. Not so this year; it became fall rather suddenly and, likewise, winter arrived with a blast about a week and a half ago. Last weekend’s storm, which didn’t quite make it down to town, was followed by a Thanksgiving storm which dumped 3-6 inches on Albuquerque itself — setting a record for the most snow this early in the winter.

I don’t like the cold but I do love taking photos of storms. So I bundled up, went out, and took photos of the Sandias from Elena Gallegos Picnic Area (aka Simms Park) last week. They look so beautifully icy from below … but I can’t imagine actually being up there (the weather said it was 7 degrees Fahrenheit at the Crest this morning). Happy early winter!