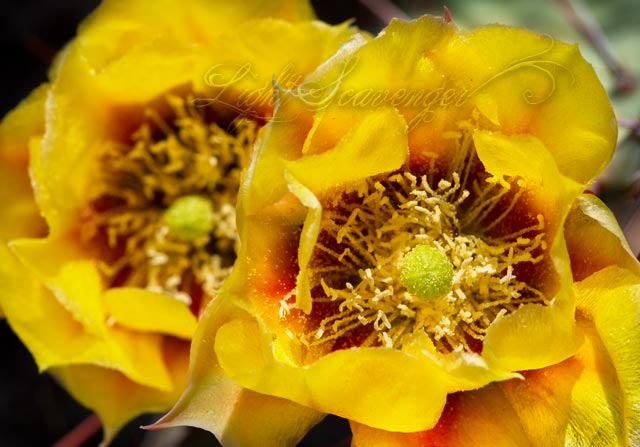 It’s been an odd year. OK, I know that’s an incredible understatement, in so many ways, but Mother Nature has gotten into the act here in central New Mexico too. The yuccas didn’t bloom hardly at all (although they were amazing last year). The prickly pears also looked as if they wouldn’t bloom, or even bud — but then, they did bud, much later than usual. I don’t know whether it was because it was so late, or for some other reason, but most of the buds never really opened. These two were exceptions. I love their orange centers.