First Butterfly of the Year 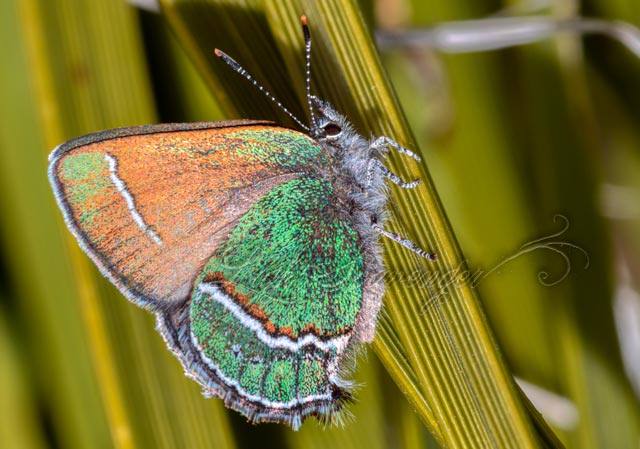 And it’s a Sandia hairstreak, which I found earlier today, exactly when and where I would think I would. But today was even more special than usual because, after I’d taken a number of photos, I hiked further, to an area I’ve always thought should be a great habitat for Sandia hairstreaks but where I’ve never seen any. My plan was just to sit on a rock and soak up the sun, a bit like a lizard. Just a few minutes after I sat down though, a small flying thing came and landed right on my shirt and, lo and behold! it was a Sandia hairstreak! Later it came back and perched on my camera case for a while.

So here’s the thing: I’ve always thought it’s a huge gift when a butterfly lands on me (or anyone else), and a number of butterflies have indeed landed on me over the years. But I don’t believe any of the small butterflies (hairstreaks, blues, or coppers) have ever landed on me before today. So I understand this as a benediction of sorts — perhaps something to add to the blessing of my first COVID shot a few days ago, and/or a reminder that the world is finally, for people at least, starting to reopen, however slowly.