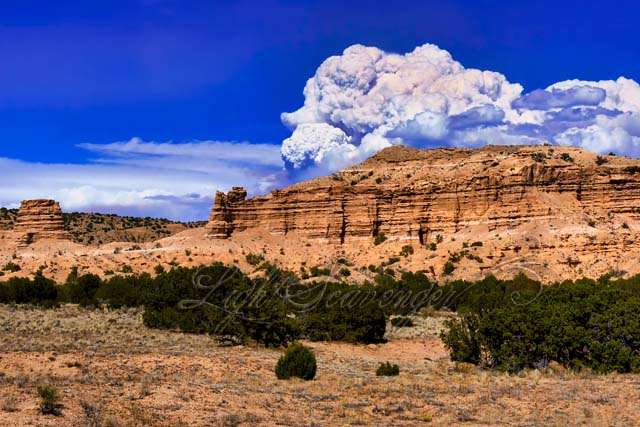 A typical northern New Mexican scene — with the exception of the giant smoke plume in the background (photo taken two weeks ago). I first posted about this fire five weeks ago; it’s hard to believe it’s still going strong. Worse yet, the Forest Service announced a couple of days ago that, not only has this been the largest wildfire in New Mexican history, both parts of it were caused by the Forest Service itself. Heartbreaking.